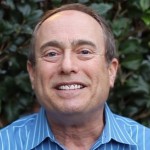 Stephen has been facilitating the men’s cancer group at weSPARK for the last seven years.  While working here, Stephen says he has learned so much about men’s transitions in life centering around their cancer experience. From the shock of diagnosis to post treatment for many, he has learned how humans can adapt and adjust to almost anything. Adaptation and adjustment to a life threatening cancer diagnosis has been a major source of inspiration and resiliency for the group. Stephen says, “As we try to make some sense of this major change in life, we embrace each other with present day living and realizing everything is temporary for us. At the core of our amazing work together is the men’s bonding experience and the feelings of being there for each other. We often learn together how we can accept these painful aspects of the cancer journey and still have a very meaningful life.” Stephen has had a multidimensional career including his position as Clinical Director of the Brain Imaging Center, and Associate Clinical Professor in the Department of Psychiatry at University of California, Irvine. Stephen received his doctoral degree in Clincal Psychology in 1997. He says “I like to think of this as my own transition in life in first learning how our brains work and now getting to learn how our hearts work on a spiritual and emotional basis.”